Welcome to Pittsburgh Mah Jongg!  Mah Jong (Mah Jong, Mahjong, Mahjongg, Mah-jongg) originated in China late in the 19th century, and migrated to the United States early in the 20th century.  Many different groups created sets of rules for Mah Jong.  In 1937, in an attempt to bring some order to the variations on the game, a group of players founded the National Mah Jong League.  The NMJL remains the canonical source for American Mah Jong rules. Many (most!) groups play with the NMJL card, which changes on April 1 each year.

The game is a bit challenging for beginners…. it’s a good idea to take a class rather than trying to learn by watching someone else play.  But once you are introduced… what fun! The game is engaging and varied, and there is a small rush when you win a hand and happily declare “Mah Jongg!”

All meetups are listed on http://meetup.com/pittsburgh-mah-jongg.  Please sign up for the meetup — we look forward to playing with you!

For information about classes and beginner lessons, see https://pittsburghmahjongg.com/ddren2016

For information about private classes, please use the form on the Contact page.

So come along!  Learn how to play!  Once you know how to play, learn how to improve your playing!  Introduce others to this wonderful game! 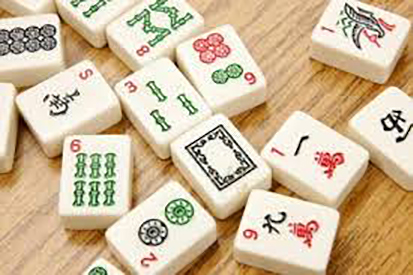